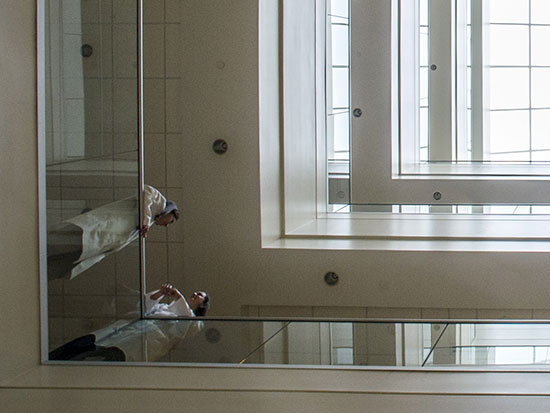 Retention of trained staff is crucial to UAB’s success as an institution. That is particularly true in the competitive world of clinical trials, in which our ability to quickly launch complex studies and keep them running efficiently can attract millions of dollars in funding — and potentially lifesaving treatments for all Alabamians.

This spring, UAB will roll out the Clinical Research Career Ladder, which will give more than 500 clinical research staff “a clear-cut path forward in terms of how they can advance their career at UAB,” said Mark Marchant, director of the Clinical Trials Administrative Office, who is leading the project. This is the second career ladder structure to be introduced at UAB, after the Researcher and Scientist Career Ladder, which was implemented in 2016. Adding more opportunities for advancement was one of the top areas for improvement noted in the 2019 Campus Engagement Survey.

Marchant said constituents had expressed interest in a clinical research career ladder even before a group had begun to look into the possibility in summer 2018. An implementation team of 10 has been engaged in the project since then, with a phased implementation beginning with a pilot in the O’Neal Comprehensive Cancer Center in early 2019. Marchant has presented the plan and gathered feedback from groups throughout the institution, from the president’s cabinet and faculty senate to individual departments and town hall-style meetings. “This has been a very deliberate process,” he said. “And the response has been overwhelmingly positive.”

The Clinical Research Career Ladder, adapted from similar plans at Duke and Vanderbilt universities, establishes five career tracks and 21 titles within those tracks:

More than 500 people in six schools (Dentistry, Health Professions, Medicine, Nursing, Optometry, Public Health) and the College of Arts and Sciences will be included in the new career ladder.

The implementation team studied positions in more than 50 departments and units in those schools and noted more than 80 titles.

“There was lots of variation,” Marchant said. “People with the exact same title had very different roles and qualifications in terms of education and experience. Part of that is because of differing funding streams and organizational matrices. Some schools take a more consolidated approach, where others are more siloed and have every investigator write their own protocols and secure funding, which speaks to how they staff.”

The team mapped these 80-plus titles to the 21 that are part of the new career ladder. “Not everyone has a clear map,” Marchant said. “Some people — probably no more than 10%, and it could be well less than that — have very specific duties” that will not fit in the career ladder.

The mapping process will be complete in January, with results meetings scheduled with leaders in departments and divisions this month and next. An appeals process is in place for leaders who “feel that how a person was mapped is not reflective of what is the best fit for their department,” Marchant noted.

3. What are the advantages?

Standardizing titles enables staff to have a defined career trajectory to follow at UAB, Marchant said. “If I’m a Clinical Research Administrator II, I know that to advance I would have to move to a III, and I can see the areas of need where those positions are posted and what requirements and training are necessary to be eligible for those positions.”

Questions about the career ladder’s impact on compensation and exemption status are the most common, Marchant said.

“No one’s compensation will be reduced,” he said. “It will either stay the same or go up.”

Exemption status could be impacted, Marchant noted. “We’ve seen that most people either stay the same or go from non-exempt to exempt,” he said.

5. When will this be finalized?

Every affected employee will receive an official letter with their new title/status this spring, with a goal date of March, Marchant said.