We're cutting edge, but we know a thing or two about tradition. All things considered, we're a pretty young university. But ever since we officially became UAB way back in 1969, we've formed some traditions that mean a whole lot to us. Some are sentimental, some are a little bit crazy, some let you get as loud as you want. But they're all important. Here are a few of our favs:

OK, have you ever seen a bunch of university students break into teams, put on crazy outfits, then race a "patient" (more like a stuffed animal, inflatable pool toy, or something papier-mâché) on a gurney? Yeah, we hadn't either. But now, it's something we look forward to every year.

Get your Gurney Ready 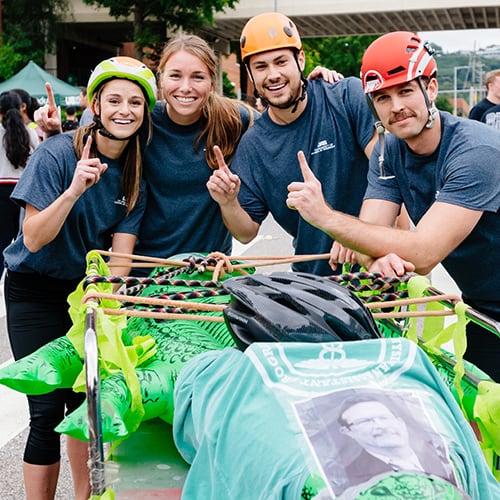 What can we say? Blazers—young and old—know how to have a good time. We decorate our buildings from head to toe, stand in front of them, then sing and shout—while judges decide whose decorations and singing and shouting are the most awesome. Students, faculty, and staff line the streets for the annual homecoming parade. And, of course, we watch the football team rush the field while we sing the fight song and Blaze dances on the sidelines. Really—is there anything quite like Homecoming? 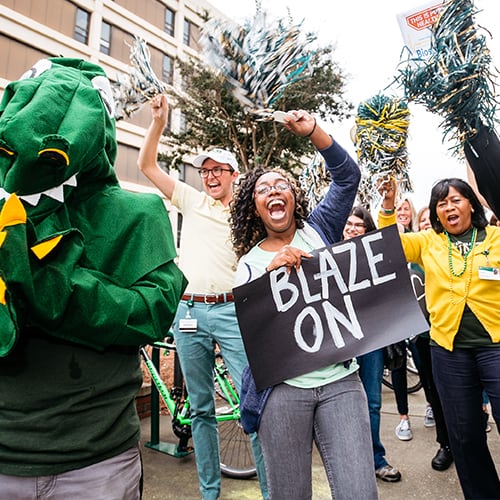 Get ready to be seriously impressed. The best step teams from across the Southeast give stunning performances to a crowd of more than 1,200 at one of Birmingham's largest venues. The event honors the dreams and aspirations of Camille Yvette Armstrong, a UAB student who died in a car accident in 1986. 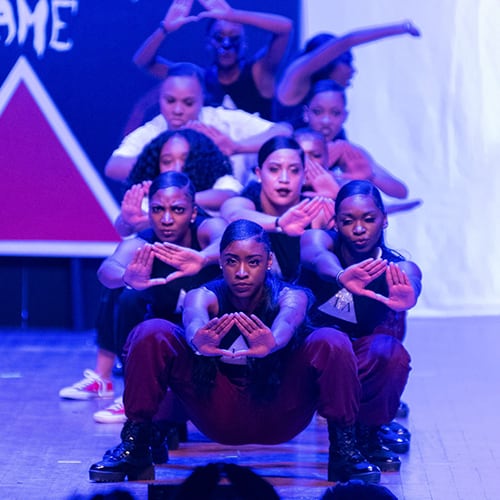 This delicious event is really all about having fun while getting to know your school and your city. We play games, show you what's what when it comes to programs and resources, and even have live music. Oh, and the best part—we invite food trucks and restaurants so you can sample our favorite spots across the Magic City.

Get a Taste of UAB 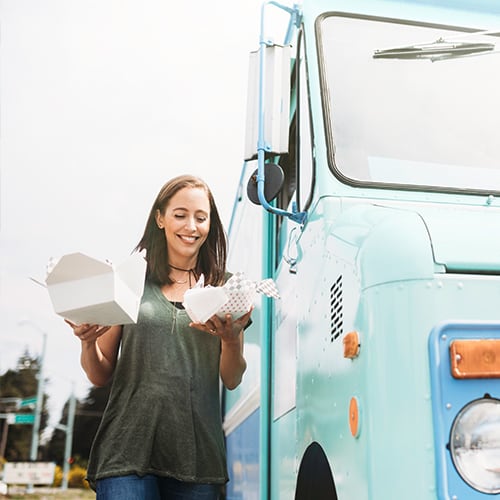 If you're a Blazer, you're part of something great. And nothing demonstrates that more than Into the Streets, when students, faculty, and staff come together to complete a service project in Birmingham and help make the thriving city even better and stronger. We promise, there's no greater feeling than doing your part.

Get Into the Streets 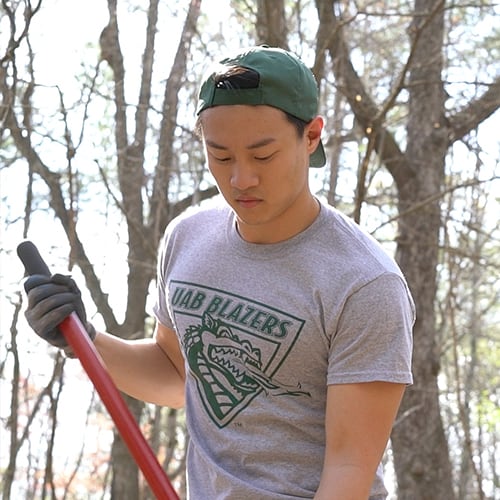 Remember water balloon fights as a kid? Yeah, take that and multiply it by like, a lot. We get together a bunch of college students and add 15,000 water balloons, water slides, water shooters, a dunking booth, slip n' slides, all on the Campus Green. It's our favorite way to channel our inner 10-year-old. 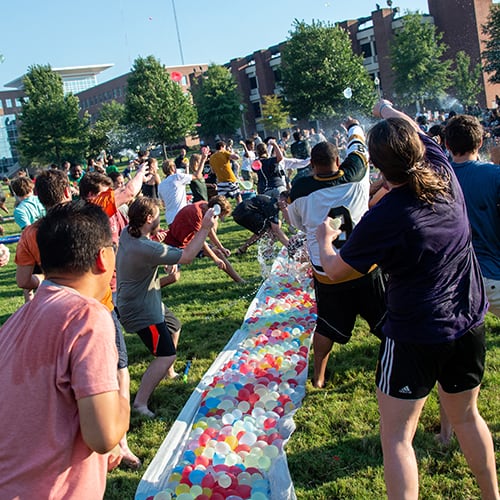 Did we mention we have students from all over the world? Well, we do. And the International Festival is a chance to bring all of us together. Try some new foods, explore a new cultural tradition, enjoy a live performance. We know it's not the same thing as traveling, but it will definitely take you somewhere.

Travel the World in a Day 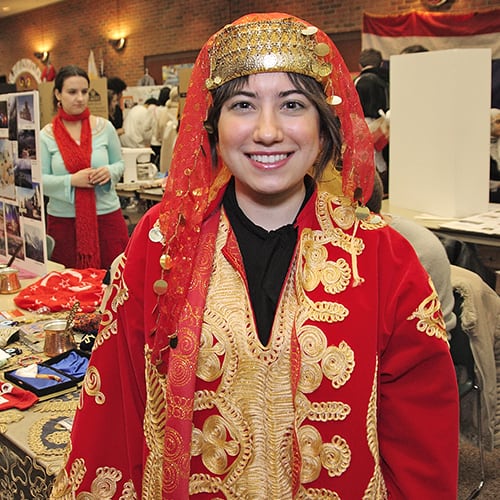 UAB students have some serious talent. And this is a talent show like you've never seen (or been a part of). From elaborate skits to dance performances—all at our world-class Alys Stephens Performing Arts Center—this is a homecoming tradition you definitely won't want to miss.

Learn about the Showdown 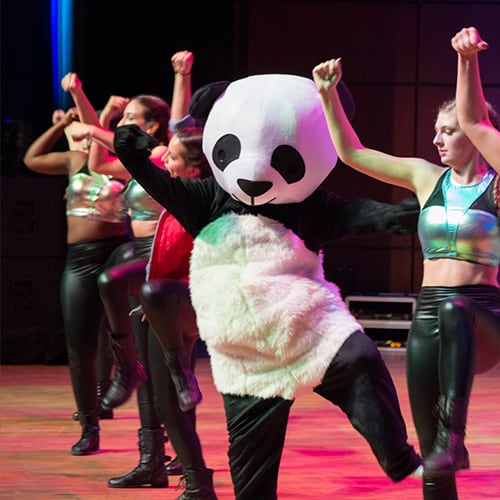 We're Here for You

Our Admissions Counselors are here to help you every step of the way, from your college search to completing your application, and even through the enrollment process. We're only a click away.