A UAB Collat School of Business professor recently received a prestigious award for his app that aims to create a highly engaged community in online courses.

The QS-Wharton Reimagine Education Awards is the world's largest awards program for innovative teaching methods. It highlights educators, education technology companies and other educational organizations that work to improve learning and employment outcomes for students.

Here's a little more about the app and its win, by the numbers:

UAB is the first school to use ClassCred

Edmonds said he came up with the idea for ClassCred in early 2019 and worked with a team in Colorado to develop it.

"We just kind of built an app and put it in Slack to see if it increased engagement," he said. "It kind of went from there."

Once it developed into a more formal idea, he started using it in his classes. Although Edmonds is no longer associated with the team that developed the app, several Collat professors use it in their courses.

One fire reaction equals one point

Students can mention classmates and use a flame emoji to react to each other's post. Each flame received equals one point.

Earned points can be used to redeem things such as cheat sheets, extra credit, longer exam times and study guides. Students can redeem points individually or they can build community by pooling points together for group purchases.

According to Edmonds, banding together to work as a team fulfills the ClassCred mission of building community.

"In online courses, there usually isn't a strong community, and everyone is just working independently," he said. "People don't really make friends in online courses like they do in face-to-face classes. Our whole goal was to make a community for online students. We wanted students to come into a class and have friends."

ClassCred interactions have created friendships that have developed into study groups with UAB students from all over the world.

Edmonds said participation spawned by using ClassCred and has led to more than 16,000 posts in some of his MBA classes.

ClassCred's integration into a communication platform that students are already using makes it easier to get and keep discussions going, Edmonds said. It also provides instant feedback.

"With Teams, I get a notification on my phone and can respond to it right there," he said. "If a student has a question, it pops up on my phone and the whole classes' phones, and someone will answer that question really quickly." 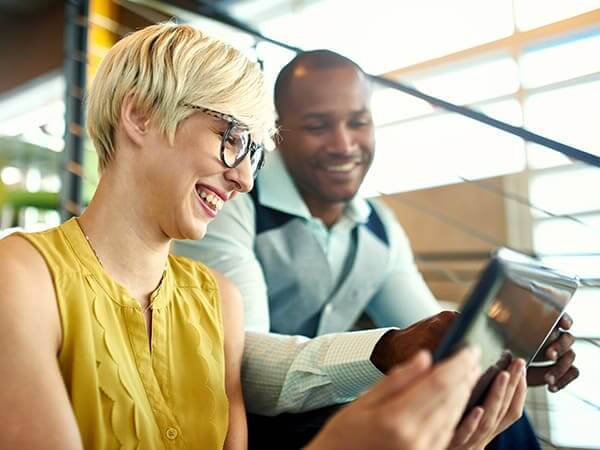 ClassCred is the only US-based 2021 winner

More than a handful of Collat instructors who have used the ClassCred app provided feedback to Edmonds, including which class size works best with it.

"You need a critical mass of people," he said. "If you have ten people in the class, it's hard to get it started, but with 100 people, classes are really engaging."

The teamwork paid off, Edmonds said.

"The biggest benefit is that it's so much more fun to teach our classes," he said. "My classes are highly engaged now. I connect with my students and they connect with each other. That's the biggest win."